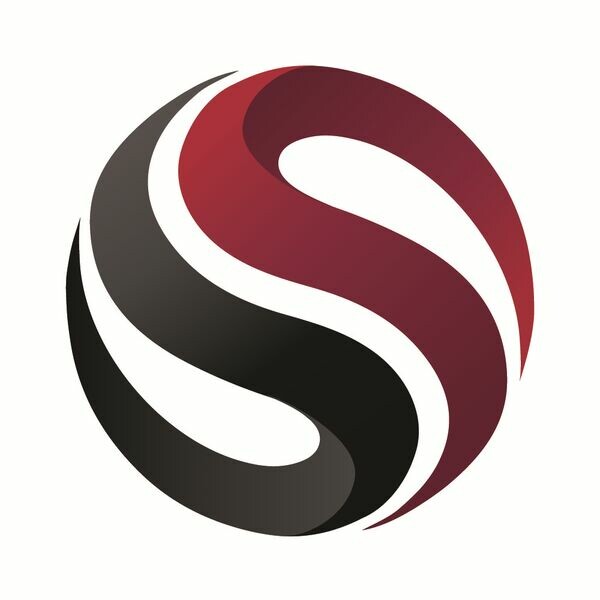 SILAPIX.COM PROVIDES THE HOSPITALITY, COMMERCIAL AND RESIDENTIAL SECTORS WITH BESPOKE WORKS OF ART AND DIRECT CONNECTIONS WITH ARTISTS WORLDWIDE.  OUR MISSION IS TO GIVE ANY PROPERTY A SOUL WITH ART BY ENHANCING THE INTERIOR DESIGN. 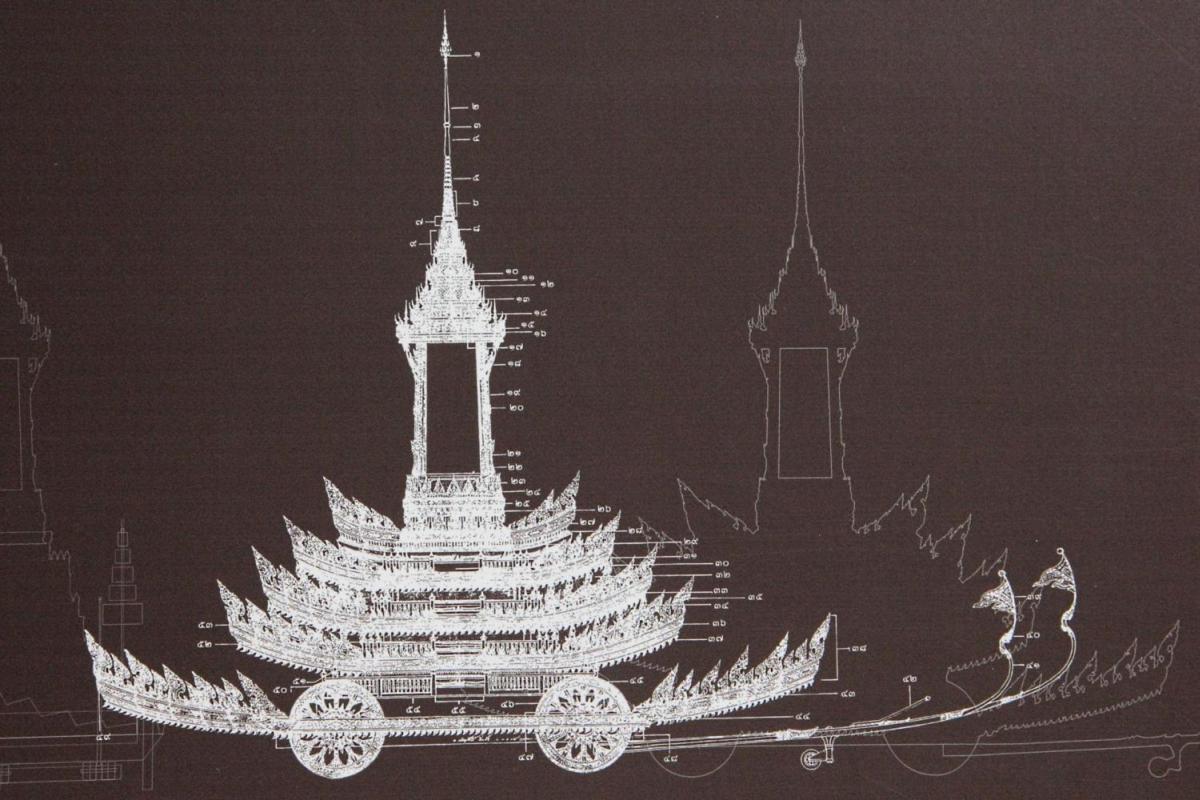 In Thailand, the art movement has been closely intertwined since ancient times with the patronage of the Thai monarchy. From the Sukhothai and Lannathai eras, a sustained period of artistic endeavor formed the identity of traditional Thai art. Generally speaking, art, society, and political regime have always grown in parallel in all corners of the world. It can be said that art develops upon the changes of society, and at the same time, plays a significant role as a social status quo symbol that differentiates one individual or group from another. In the past, it was uncommon for the working class to own artworks of their own; only the higher classes and bourgeois elite would have the means and the funds. Art thus indicates a sense of fertility and wealth. This is an odd statement to make when we consider that art has no substantial function, and so would it make sense that art can be a powerful social reflection? This is a key central concept; art is intrinsically unnecessary. Therefore, the one who owns artwork must have a fulfilled life and the disposable income to spend on what can be deemed extravagances. In a larger social context, art can be used to describe civilization and trace the development of societies and countries through the ages.

In Thailand, the art movement has been closely intertwined since ancient times with the patronage of the Thai monarchy. From the Sukhothai and Lannathai eras, a sustained period of artistic endeavor formed the identity of traditional Thai art. Artists from this time invented and popularized ‘Lai Thai’ – a decorative form used to adorn art works and fabrics, a design able to convey a way of life, a belief, a representation of the Buddhist society and attributes of the Thai people. It expresses Thai people’s delicacy, sweetness, gentleness and their love of traditional beauty. Over the centuries, the uniqueness of Lai Thai has allowed this characteristic of Thai art to become recognizable the world over.

Nevertheless, the identity of Thai art has been eroded at one time or another, due to the changes of economy, society, and the intervention of other cultures. Notably, the aftermath of the wars and chaos during the Ayutthaya era was the starting point of an absolute monarchic regime, and creative arts were stimulated by the upheaval in the country. At this time, the centre of Thailand was recognised as Krung Thonburi, but Phra Bat Somdet Phra Poramoruraja Mahachakri Borommanat Phraphutthayotfa Chulalok (Rama I) foresaw that the area was not suitable topography as to used for a capital city, and he therefore decided to relocate to Bangkok. This was a time of great enlightenment throughout Thailand. Bangkok becomes the central focus of country’s development, and the centre of Thailand’s art movement to this day.

Later in the Eighteenth century, it came the time for Somdet Phra Jomkroa Jaoyhuhua (Rama IV) to stand as king. This was a time of significance, in the sense that there was an unprecedented influence from western arts and cultures into Thailand at this time. Although there had been some foreign influence, and mixing of cultures since the Ayutthaya era, the indigenous Thai culture remained unchanged over many years. Under the authority of Rama IV, there was a period of the colonization. Particularly, the south-east Asian countries were the targets of England, Spain, and France. Thailand was marked as one of these prospective nations. As a result, not only were there the negative social aspects of colonization, but also war in the area affected cultural development in some way. The western political landscape, economic influence, exported art, and cultural nuances have encouraged Thai arts to be more motivating. It has paved the way for Thai art to be accepted at an international level.

At one time there existed the treaty of friendship and commerce between the British Empire, and the Kingdom of Siam; it was termed the ‘Bowring Treaty’. The international transactions and commencements significantly developed than before as well as arts. For example, the art movement in the western world mainly focused on realistic paintings, and then Thai arts became more realistic afterwards. Namely, the traditional Thai arts were relatively idealistic due to the Buddhism belief for long time ago. However, the western intervention brought the realistic notion to encourage Thai arts to be more tangible and touching for all. This could be problematic in a sense that the traditional Thai art would be eroded. Nevertheless, no one could deny that the meaning of civilization is defined by the westerns, especially in the period before the globalization. Considering this in positive view, Thai artists have broadened their vision about arts in the global direction which was the way to spread Thai arts more widely. Following from this statement, it could say that Thais needed to comply with the westerns’ regulation merely to turn Thailand into the civilized country. This left a paradoxical discourse that it was an appropriate decision for Thais to remain following them or not.

The influence of the realistic western art style continued to show itself in paintings, sculpture, and even architecture throughout Thailand. Notably, in an architectural setting, we can clearly see a great deal of combined Thai/western design. Specifically, King Rama V commanded the construction of ‘Phra Teenung Jukkree Mahaphrasard’, designed so that the surfaces of the main building were in a western style, whilst the roof was made using the traditional Thai formula. Afterwards, Phrabat Somdet Phra Mongkut Khao Chaoyuhua, Rama VI, considered recovering and redeveloping the traditional Thai arts, showing an awareness of history and protection against a vanishing craft. The King triggered the notion of an actual Thai identity within its citizens, and attempted to use this identity to promote Thailand towards international eyes. In 1923, a western (Italian) artist named Corrado Feroci (sometimes known as Silpa Bhirasri), came to work for the Thai government service as a sculptor. It marked the beginning of boundaries of sculpting broadening – a trend towards human body sculptures and monuments of notable historical people emerged at this time. Feroci also worked as an instructor, teaching western styles and techniques to Thai artists, while also contributing to an art school that would come to be known as Silpakorn University. Importantly, the art movement under the Rama VI reign greatly enhanced and promoted the Thai art identity, while also helping on a societal level in Thailand.

The turning point of political regime in Thailand took place during the reign of Phra Bat Somdet Phra Poramintharamaha Prajadhipok Phra Pokklao Chaoyuhua, Rama VII. This was a vital political movement, a group of liberals forming to revolutionize the absolute monarchy regime. The two backbones of the revolution, Preedee Panomyong and Jormpol Por Piboonsongkarm, ultimately denounced the absolute power of the King, and democracy was introduced to the Thai people. In the end, the Thai political regime was changed to a constitutional monarchy. During the revolution, liberals used arts and architecture as symbolic tools to manifest a sense of democracy and classlessness (the sumptuous impressively decorated Ananta Samakhom Throne Hall, for example, has been used as the first Thai parliament). It is important to note that traditional Thai architecture was mainly designated to serve the power of the King and the Monarchy, as fine decoration for royal palaces and housing. As a show of rebellion towards the regime, the liberals constructed a series of flat roof buildings - mainly on Ratchadamnoen Road – in the same architectural style as demarcated countries of the time used. In addition, the well-known ‘The Democracy Monument’ was created in this time, which was decorated with a low-relief sculpture describing true stories from Thai history. It has become one of the most significant attractions in Bangkok in the present day.

In dedication to the pure advancement of art, the most truly committed Thai king was King Rama IX, who was an accomplished artist himself. During his long reign, he put a lot of effort in to developing arts and crafts within Thailand, and supported artists and craftsmen, especially ones living in remote areas. Under his authority, the Ananta Samakhom Throne Hall in Bangkok (a former royal reception hall within Dusit Palace, commissioned by King Chulalongkorn in 1908) had been transformed into a museum dedicated to the finest Thai handicrafts (woodcarving, goldenware, silverware, lacquerware, embroidery, jewelry). Fresco drawings were accomplished by Galileo Chini and Carlo Riguli (two Italian royal artists serving King Rama V), depicting the history of the Chakri Dynasty, from the first to the sixth reign. The Queen Sirikit Institute (Arts of the Kingdom Museum) is in charge of the Ananta Samakhom Throne Hall Museum and connects with all craftsmen communities in Thailand.

At this time, a key world issue is the notion of globalization, which has occurred at pace after a long process of decolonization. The positive outcomes are numerous - a more well-connected world, one where the differences between us are shown as shared differences, such as in relationships, language, culture, and so on. However, some aspects of indigenous identities have faded away, as everything has been expected to develop upon an international standard. In terms of the arts, the global art movement essentially boiled down to the phrase ‘contemporary art’, coined around the 1960s to categorize all types of art that were created from that period until now, without regarding where they were made. In Thailand, a movement has been growing alongside this global agreement; it can be called ‘Thai contemporary art’ for consistencies sake. The character is very compromising; artworks that are based on the traditional as well as those altered within the world trend.

Considering the globalization from a commercial and economic aspect, it opens a system of free trade wherein the monarch and the government no longer hold a monopoly of authority. Many new private and cultural organizations have started to launch in Thailand, which help the seeds of creativity sprout everywhere. Throughout history, it can be seen that political regime and the monarchy have played their part in stimulating art in Thailand so impressively.

If you are an artist interested to create works of art for Hospitality, Residential, Commercial, and Cultural sectors, also by selling your artworks online, we will be thrilled to welcome you on Silapix.com and provide you with sustainable business opportunities. We will create your online portfolio and publish all of your artworks (for sale, sold or not for sale). We aim to show the full extent of your talent so that you will be contacted directly by potential customers interested by your work, style and technique. Drop us a message at artist@silapix.com

We deliver bespoke works of art with passion 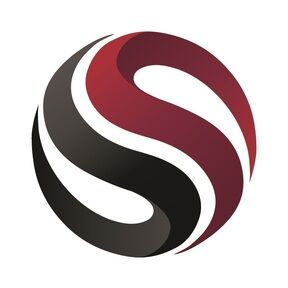 Studies find artists become famous because of who they know, not their work. Few have sustainable opportunities to access the global art market. Meanwhile, businesses need valuable bespoke works of art for interior projects. Something needed to be done to give opportunities to those groups and deliver social impact. Silapix.com was established and launched to fix this issue, bring more transparency to the art industry in the perspective to produce a paradigm shift.

Silapix.com is curated and designed by Art Consulting Asia, an innovative one-stop art-related services agency based in Saigon, Vietnam. Our mission is to give any property a soul with bespoke works of art by enhancing the interior design. With offices in Southeast Asia, we provide the hospitality. commercial, residential and cultural sectors with art consultancy, project management, art rotation, digital production and direct connections with artists worldwide on Silapix.com